In April 1992, a group of Christian Believers from different denominations started having a Bible S 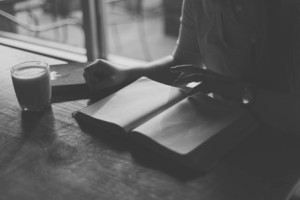 tudy in their respective homes led by Pastor Ernesto Blaza for the intention of educating the members of their families about Christian doctrines and values. Later it became a regular once a week Bible Study at the Pastor’s house and called the group Evangelical Christian Fellowship.

At first, four families attended the Bible Study. After a time, more families came and a midweek prayer meeting was added to their activities. Until finally they decided to form a Non-denominational Christian Group to further propagate the gospel of salvation through the Lord Jesus Christ. For immigrants, it has been a pattern that the head of the house will come first. Sooner or later the whole family will follow. In 1997 the Board of Deacons decided to rent a bigger space at Suite 101 in 2111 Beverly Blvd and the following year the church changed its name to Gospel Christian Fellowship (GCF).

As the church grew, we started helping other churches around the world. The church membership also became culturally diverse. Therefore the church name was changed to Gospel Christian Fellowship Church International. Since 2010, GCFCI resides in the heart of Downtown LA at 675 Carondelet St. 90057.

We are faithfully committed to our service to the Lord and the community.